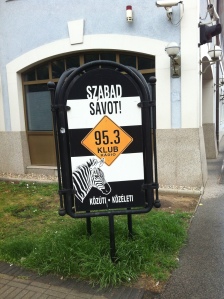 We did not ask for the Media Council’s sympathy about the tender concerning the Esztergom and Tatabánya coverage area in which no winner had been declared. The only reason why this tender was unsuccessful is that the authority had issued an atrocious call for tenders, as confirmed by the Budapest High Court of Appeal. It was the Media Council’s negligence but it is Klubrádió that pays the price. According to the judgment of the Court, the Media Council’s call for proposals had been so irrational and unprofessional that it was impossible to submit a proposal that met the applicable formal requirements. As a result, it is the Media Council’s duty to mitigate the damage caused and issue a temporary license for broadcasting in the two towns.

According to the Media Council’s press release, the Council will do whatever they can to make uninterrupted operation possible for Klubrádió, and they intend to prove this by issuing another 60-day extension (the twelfth of such extensions). However, this statement contradicts the facts as judgment after judgment confirms that that the authority’s procedures have been illegal and the Council refuses to comply with the orders of the court. The Council does not abide by the law, it is a law unto itself.

And the statement that the “Media Council continuously offers cooperation to Klubrádió” is utterly false. The truth is that it does not show any willingness to cooperate. They refused to answer our proposals for solutions and did not react to our requests for negotiation.

With the suspension of the operation of our Esztergom and Tatabánya broadcasting stations, we have made it possible for the Media Council to take immediate steps. The Media Council should allow us to take over the Budapest frequency permanently and should issue a new tender for the two country frequencies that meets the applicable professional and moral requirements. Stop causing more harm!