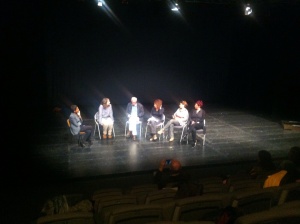 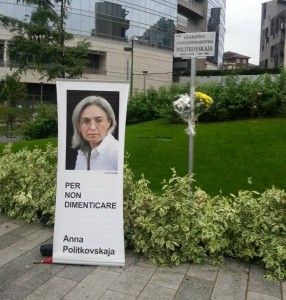 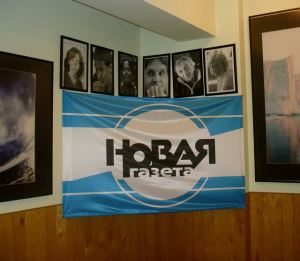 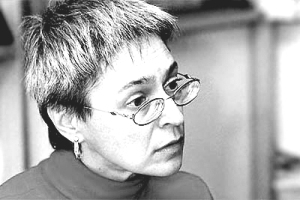 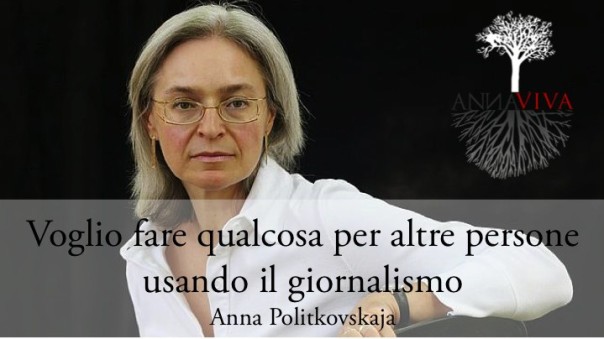 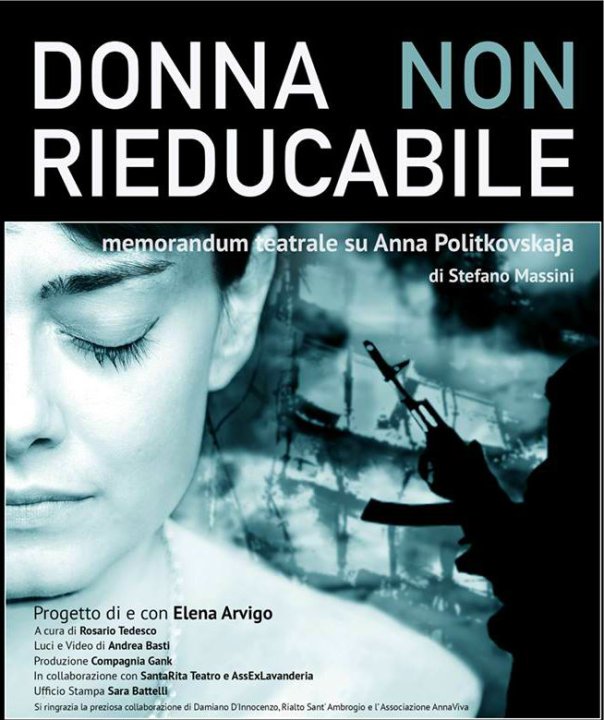 Reporters Without Borders is today, World Press Freedom Day, releasing an updated list of 39 Predators of Freedom of Information – presidents, politicians, religious leaders, militias and criminal organizations that censor, imprison, kidnap, torture and kill journalists and other news providers. Powerful, dangerous and violent, these predators consider themselves above the law.
“These predators of freedom of information are responsible for the worst abuses against the news media and journalists,” Reporters Without Borders secretary-general Christophe Deloire said. “They are becoming more and more effective. In 2012, the level of vio- lence against news providers was unprecedented and a record number of journalists were killed.
“World Press Freedom Day, which was established on the initiative of Reporters Without Borders, must be used to pay tribute to all journalists, professional and amateur, who have paid for their commitment with their lives, their physical integrity or their freedom, and to denounce the impunity enjoyed by these predators.”
Five new predators have been added to the list: the new Chinese president, Xi Jinping, the Jihadi group Jabhat Al-Nosra from Syria, members and supporters of Egypt’s Muslim Brotherhood, Pakistan’s Baloch armed groups, and Maldives’ religious extremists. Four predators have been dropped from the list: former Somali information and communications minister Abdulkadir Hussein Mohamed, Burmese President Thein Sein, whose country is experiencing unprecedented reforms despite the current ethnic violence, the ETA group, and the Hamas and Palestinian Authority security forces, which are harassing journalists less.
To draw attention to their abuses, Reporters Without Borders has drafted indictments against some of these predators in the hope that they will one day be brought before competent courts. To better highlight the gulf between propaganda and reality, the state- ments of some of them have been contrasted with the facts. And to show how some predators really think, we have presented their innermost thoughts in the first person. We had to use a little imagination, of course, but the facts alluded to conform to reality.

neW names in the list of predators
A predator goes and is replaced by another. It is no surprise that Xi Jinping has taken former Chinese President Hu Jintao’s place as predator. The change of person has not in any way affected the repressive system developed by China’s Communist Party.
The list of predators has been impacted by the repercussions from the Arab Spring and uprisings in the Arab world. Members and supporters of Egyptian President Morsi’s party, the Muslim Brotherhood, have been responsible for harassing and physically attac- king independent media and journalists critical of the party.
Jabhat Al-Nosra’s entry into the predators list reflects the evolution in the Syrian conflict and the fact that abuses are no longer attri- butable solely to the regime, represented on the list by Bashar al-Assad, but also to opposition armed groups, which are proving to be more and more intolerant and suspicious towards the media. At least 23 journalists and 58 citizen-journalists have been killed in Syria since 15 March 2011 and seven journalists are currently missing.
In Pakistan, Baloch armed groups, including the Balochistan Liberation Army, Baloch Liberation Front and Baloch Musallah Defa Army, have turned the southwestern province of Balochistan into one of the world’s most dangerous regions for journalists. Consis- ting of armed separatist groups and opposing militias created to defend the central Pakistani government, they have spread terror in the media and created information “black holes.” Pakistan’s intelligence agencies are also on the predators list because of their abuses against the media.
Ever since the army mutiny that overthrew President Mohamed Nasheed in the Maldives in 2012, extremist religious groups have tried to use their nuisance power to extend their influence. They have become more aggressive as the July 2013 presidential election approaches, intimidating news media and bloggers and using freedom of expression to impose a religious agenda while denying this freedom to others.

unacceptable impunity for predators
Physical attacks on journalists and murders of journalists usually go completely unpunished. This encourages the predators to continue their violations of human rights and freedom of information. The 34 predators who were already on the 2012 list continue to trample on freedom of information with complete disdain and to general indifference.
The leaders of dictatorships and closed countries enjoy a peaceful existence while media and news providers are silenced or eliminated. Such leaders include Kim Jong-un in North Korea, Issaias Afeworki in Eritrea and Gurbanguly Berdymukhammedov in Turkmenistan. In these countries, as in Belarus, Vietnam, Uzbekistan and other Central Asian countries, the international community’s silence is not just shameful, it is complicit.
Reporters Without Borders urges the international community not to hide behind economic and geopolitical interests. Thanks to their rich natural resources, Azerbaijan’s Ilham Aliyev and Kazakhstan’s Nursultan Nazarbayev are confident that no one will rap their knuckles. Economic interests come before everything else, as they do with China. It is the same with countries that the West regards as “strategic.”
Iran’s two predators – President Mahmoud Ahmadinejad and the Supreme Leader, Ayatollah Ali Khamenei – have already taken steps to deter the media from providing independent coverage of next June’s presidential election. The waves of arrests of journa- lists that began on 27 January, “Black Sunday,” are clear evidence of this.
Criminal organizations and paramilitary groups that are often linked to drug trafficking – Mexico’s Zetas, Colombia’s Urabeños and the Italian Mafia – continue to target journalists and media they regard as too curious, independent or hostile. In Mexico, a country that is especially deadly for media personnel, 87 journalists have been killed and 17 have disappeared since 2000. Justice has not been properly rendered in any of these cases.
Since Vladimir Putin’s return to the presidency in Russia, the authorities have tightened their grip even further in response to unprecedented opposition protests. The country remains marked by a completely unacceptable level impunity for those responsible for violence against journalists. A total of 29 have been murdered since 2000, including Anna Politkovskaya.

Why are predators never brought to justice?
The persistently high level of impunity is not due to a legal void. There are laws and instruments that protect journalists in connection with their work. Above all, it is up to individual states to protect journalists and other media personnel. This was stressed in Resolu- tion 1738 on the safety of journalists, which the United Nations security council adopted in 2006.
Nonetheless, states often fail to do what they are supposed to do, either because they lack the political will to punish abuses of this kind, or because their judicial system is weak or non-existent, or because it is the authorities themselves who are responsible for the abuses.
The creation of a mechanism for monitoring adherence to Resolution 1738, which Reporters Without Borders has proposed, would encourage member states to adopt specific provisions for penalizing murders, physical attacks and disappearances that target journalists, would extend States obligations to non-professional “news providers” and would reinforce their efforts to combat impunity for such crimes.
At the international level, the legal protection of journalists is also guaranteed by the Universal Declaration of Human Rights, the International Covenant on Civil and Political Rights, the Geneva Conventions and other instruments. The United Nations recently published an Action Plan on the safety of journalists and measures to combat impunity for crimes of violence against them.
The International Criminal Court’s creation has unfortunately not helped advance the fight against impunity for those responsible for the most serious crimes of violence against journalists, although journalists play a fundamental role in providing information and issuing alerts during domestic and international armed conflicts. The ICC only has jurisdiction when the crime takes place on the territory of a state that is a party to the Rome Statute (which created the ICC) or if the accused person is a citizen of a state party.
Furthermore, the Rome Statute provides for no specific charge for deliberate physical attacks on journalists. Article 8 of the statute needs to be amended so that a deliberate attack on media professionals is regarded as a war crime.

Dropped from the predators list
Abdulkadir Hussein Mohamed: also know as “Jahweyn,” this Somali politician is no longer minister of information and telecommunications. His successor does not seem to be directly responsible for harassment, intimidation or other abuses against media personnel. Journalism nonetheless continues to be very dangerous in Somalia, with a total of 18 journalists killed in 2012.
Burmese president Thein Sein: installed as president in March 2011, Thein Sein no longer qualifies as a predator of freedom of information. Under his presidency, the military junta has disbanded and all jailed journalists and bloggers, including Democratic Voice of Burma’s 17 video-journalists, have been freed. In 2012, prior censorship was abolished and many exile media began operating openly inside the country. The first privately-owned daily newspapers appeared in early 2013.
Hamas and palestinian authority security forces: the security forces of the Palestinian Authority in the West Bank and those of the Hamas government in the Gaza Strip have been dropped from this year’s list of predators because the number of their press freedom violations has fallen considerably in the past four years. The situation of freedom of information in the West Bank and Gaza Strip is nonetheless still the subject of concern. The Hamas government recent banned local journalists from working for Israeli media, and many journalists are prosecuted for insulting President Mahmoud Abbas.
Eta: the organization ETA has been dropped from the 2013 list. It announced the “definitive end to armed actions” in 2011 and has carried out no attacks on journalists or news media since then. Reporters Without Borders has of course not forgotten all the journalists who were physically attacked or killed by ETA and continues to demand justice for those crimes of violence. Reporters Without Borders will also continue to be on the lookout for any future threat to media freedom by ETA.